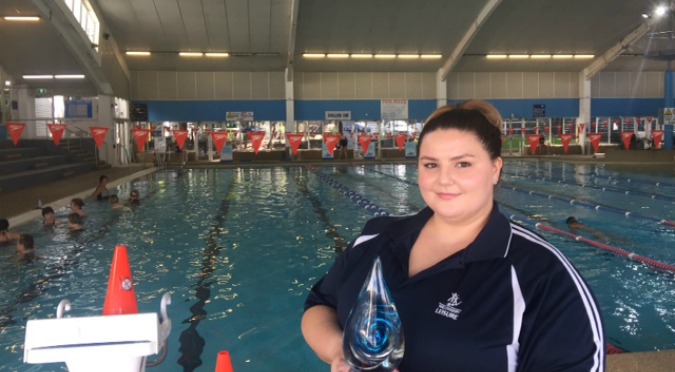 Posted at 01:11h in News by Jonas Marketing

Since joining the leisure centre a year and a half ago, Ms Tomkinson has revolutionised its swim school by working closely with Centaman to streamline the facility’s database, set up new swim school software and shift from paper-based to computer-based processes.

She also implemented the Royal Life Saving ‘Swim and Survive’ program, which provides vital survival skills as well as the fundamentals of swimming and water safety.

Ms Tomkinson says the overhaul of the swim school program brought instant results, with occupancy numbers rising from around 60 per cent when she joined Willoughby to around the 90 per cent mark. The overhaul also reduced the seasonal drop in attendance numbers over winter.

Much of this can be attributed to a more flexible program that allows teachers to develop their own lesson plans, and a reduction of administrative hassles so team members can focus on teaching, she says.

“I found with a regimented program, teachers weren’t able to express themselves or work in their techniques adequately. They got bored with being told what they could and couldn’t do. Now we provide workshops and tools for teachers to develop their own lesson plans.

“We’re getting a great response from kids and parents. We know this because of the positive responses we’re receiving.”

Ms Tomkinson says she is delighted to receive the award, and appreciates the recognition from her peers and industry leaders such as AUSTSWIM.

“I’ve been in the industry for around ten years. It’s wonderful to be recognised by industry leaders for doing a great job.”

Later in the year, she will compete against other award recipients from across Australia at the National AUSTSWIM Industry Awards, to be held on the Gold Coast.

The New South Wales Awards Dinner was supported by Jonas Leisure, which sponsored this year’s Swim School of the Year Award. 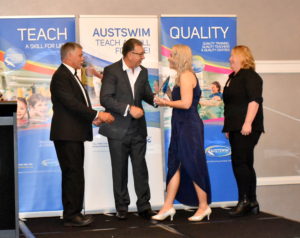 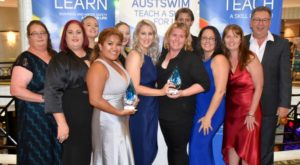